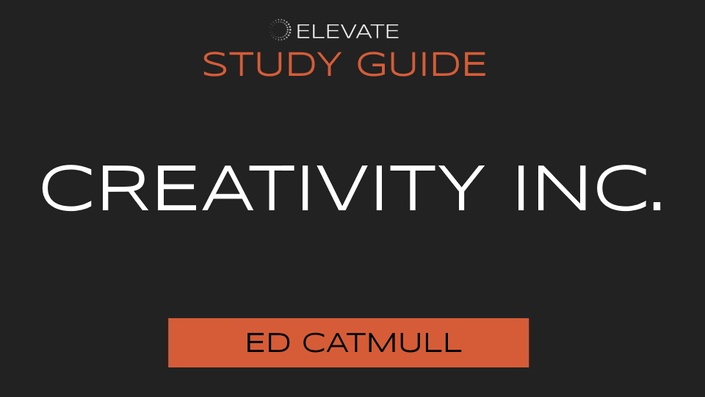 Ed Catmull, co-founder of Pixar Studios knows this dilemma only too well, yet as someone who made his dream come true by creating the first ever computer animated movie and ultimately saving Disney Animation Studio from its decline, he’s learned that taking risks pays off more than trying to play it safe and that creativity is the key to that success.

Using Ed’s own personal stories, Creativity Inc. walks you through the common pitfalls that leaders generally fall into rather than stimulating creativity. The book helps leaders to foster environments where creativity can flourish.

Contents
Available in days
days after you enroll